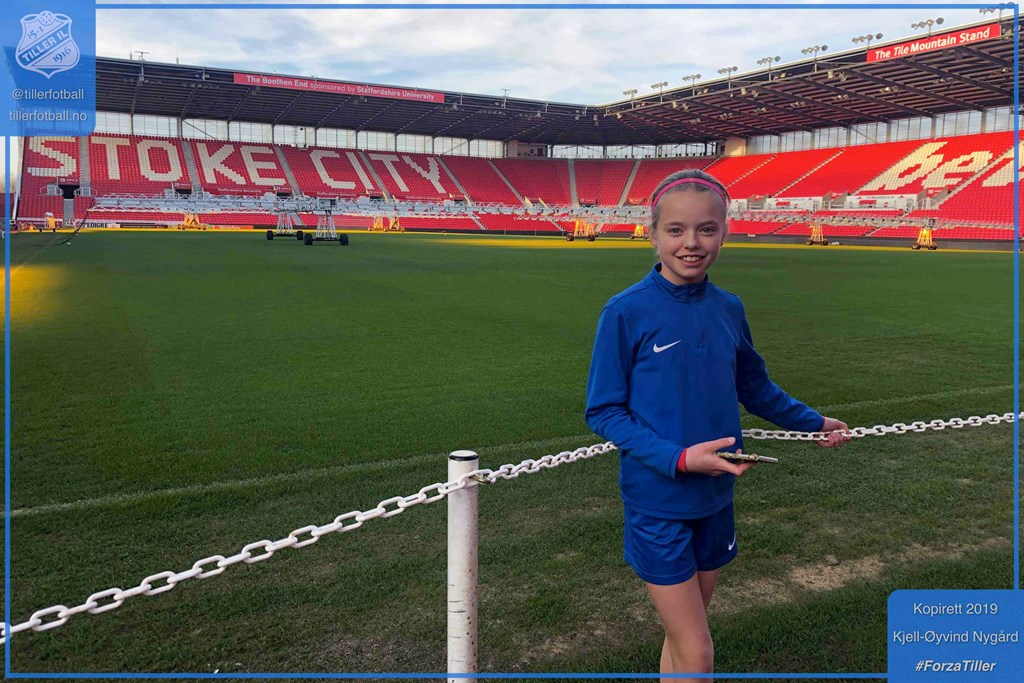 She and one player from Kattem were invited to Stoke City during their school's winter break. They trained at Stoke City's Academy, and according to reports they did very well.

"We traveled to England on Monday, and it was a thrill during the whole week. Ida trained with lokal Academy girls from the age of 10 to 14 year olds. She also attended Academy training sessions with both boys and girls," a proud father Kjell-Øyvind Nygård said to Tiller Media.

Most of the time went to football, but it wasn't only training sessions that was scheduled.

"I've got to say that Stoke City delivered a fantastic week for everyone. Apart from training, we got to see the Championship game versus Aston Villa on front row seats at the Stadium. We also watched an U18 game versus Everton and U14 and U12 games.

In total it was about 24 hours of football practice during our stay in Stoke-on-Trent, but the most important thing of all was the experience. That was fantastic. Thank you, Stoke City," Nygård said.